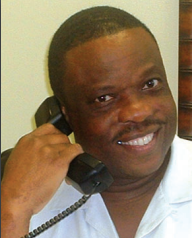 Francis is passionate about proving the best possible diagnostics and medical testing in the industry.

Facebook Twitter Google-plus
Francis started as a medical imaging personnel in 1975. He received his Radiologic Technology degree at Washington University Mallinckrodt Institute of Radiologic Technology in St. Louis, Missouri. He is well rounded and had assumed roles in every facet of radiology which include practical application, instructive, research, and administration.

He had worked for various university medical institutions including St. Louis University in Missouri and Jackson Memorial hospital at University of Miami in Florida.

He was operations manager for the radiology department at the University of California in Los Angeles (UCLA) and was in command of daily operations. He spearheaded the reconstruction of the department with a budget of $22 million. It included 5 MRI machines, 5 CAT scan equipments, 4 angiography rooms, and numerous outpatient services. Under his management, the UCLA Medical Center Department of Radiology improved from last to first in both patient and physician approval.

He transferred to Florida in 1994 at the University Technology Transfer Co. (UTTCO) which became Medical Technology Transfer Co. (MTTCO) later on. He established the University Center Imaging in Melbourne for Harris Corporation. It was the first institution to offer PACS or the transfer of images through commercial phone lines. He supervised the facility until 2002 when he resolved to accept greater challenges.

Francis is a leader when it comes to management of imaging services domestically and internationally. His extensive experience will be applied in supervising daily operations of Viera Diagnostic Center. 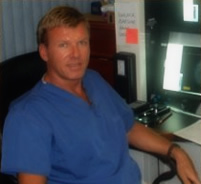 Dr. Powell brings his years of experience in the medical and health industry to deliver the best results for clients/

He is a member of various medical groups including Brevard County Medical Society, American College of Radiology, and Radiological Society of North America.

Your personal case manager will ensure that you receive the best possible care.